Jun 22, 2016/Richard Cohen/Comments Off on Lady Lawyer Gives Shout Out To Lady CFO!

Turns out there really is royalty in the US!   Ever hear of the Lady CFO? 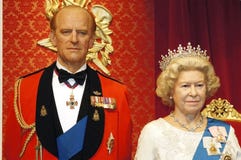 Having been referred to as “the lady lawyer” more than a few times in my career, I especially loved hearing that Google employees are adding “Lady” to their job titles in protest over a sexist comment made by an investor to the CFO at Google’s annual shareholder meeting.

What did the investor say?

While more than 800 Google employees changed their job titles in their signatures to include “Lady” as a title, I wonder what obligations an employer has when a client or customer engages in sexism or sexual harassment.  Could the employer still be liable for a non-employee’s unlawful behavior?

As I wrote about here, harassment does not have to be of a sexual nature, and can just include offensive remarks about a person’s sex.  Sexually charged comments made by an employee or supervisor to another employee may subject an employer to liability under Title VII of the Civil Rights Act of 1964 if it rises to the level of sexual harassment and/or gender discrimination.  For example, sexual harassment may exist if an employee or supervisor makes sexist harassing comments about women in general as long as the conduct is pervasive and severe.

But, did you know that the harasser may be a client or customer?   No?   It’s true. A non-employee such as an independent contract or customer could subject an employer to a sexual harassment charge too.*

Title VII does not protect against casual comments or isolated acts that are not too serious. But actionable sexual harassment rises to the level of illegal if it is so frequent or severe that it creates a hostile or offensive work environment or when it results in an adverse employment decision.

What should you do as an employer?

Treat sexual harassment by a non-employee seriously. In the long run, the customer may not be worth the EEOC investigation after your employee files a charge of discrimination.

“Suppose a patient kept a macaw in his room, that the bird bit and scratched women but not men, and that the Hospital did nothing. The Hospital would be responsible for the decision to expose women to the working conditions affected by the macaw, even though the bird (a) was not an employee, and (b) could not be controlled by reasoning or sanctions. It would be the Hospital’s responsibility to protect its female employees by excluding the offending bird from its premises. This is, by the way, the norm of direct liability in private law as well: a person “can be subject to liability for harm resulting from his conduct if he is negligent or reckless in permitting, or failing to prevent, negligent or other tortious conduct by persons, whether or not his servants or agents, upon premises or with instrumentalities under his control.” Restatement (2d) of Agency § 213(d).”