Apr 5, 2017/Richard Cohen/Comments Off on Groundbreaking Decision On Sexual Orientation!

In what today’s New York Times rightfully called “a significant victory for gay rights,” the full federal appeals court in Chicago, in an 8 to 3 decision, did what its sister court in NYC failed to do: it held that Title VII forbids employment discrimination based upon sexual orientation.

By this decision, it reversed a prior decision of the Court’s own three-judge panel.

The decision and dissent differed in the predictable ways grounded in the context of today’s polarized political scene.  The majority took a “fresh look,” cited to the EEOC’s position that these are changing times, and said that “Today’s decision must be understood against the backdrop of the Supreme Court’s decisions, not only in the field of employment discrimination, but also in the area of broader discrimination on the basis of sexual orientation.”

Judge Posner, in concurrence, noted that interpreting Title VII more than 50 years after it was enacted means using “judicial interpretive updating” to give it “a fresh meaning … that infuses [it] with vitality and significance today.  Title VII of the Civil Rights Act of 1964, now more than half a century old, invites an interpretation that will update it to the present, a present that differs markedly from the era in which the Act was enacted.”

And the dissent, written by Judge Sykes, notably on the recent “short list” for appointment to the Supreme Court, relied upon “original intent” theory (i.e., the Congress of 1964 never intended to include sexual orientation in Title VII) and a version of the “judicial activism” criticism (i.e., it is up to Congress, not the courts, to accomplish what the Court did) and stated that “This striking cultural change informs a case for legislative change and might eventually persuade the people’s representatives to amend the statute to implement a new public policy.”

For a full discussion of the development of both this groundbreaking decision and the NYC court’s “punting” on the issue, see the discussion below, culled from one of our prior posts.

The federal appeals court in NYC punted this week when faced with the issue as to whether Title VII covers sexual orientation.  It declined to add sexual orientation to Title VII’s coverage, even though it said it wanted to and feels very badly that it couldn’t. 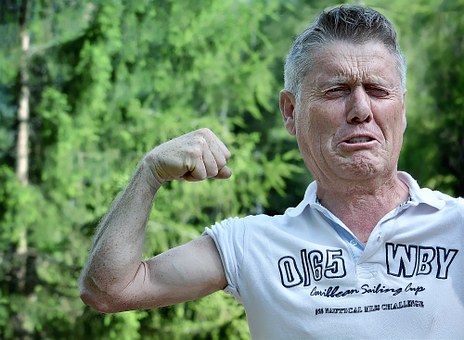 “Jeez, wish I coulda done it!”

Last year I noted that a federal judge in NYC explicitly “asked” the appeals court in her opinion to overrule its own precedent that Title VII does not include within its protection sexual orientation because she was unhappy that she was forced to dismiss such a case under that precedent.

She said that “In light of the EEOC’s recent decision on Title VII’s scope, and the demonstrated impracticability of considering sexual orientation discrimination as categorically different from sexual stereotyping, one might reasonably ask — and, lest there be any doubt, this Court is asking — whether that line should be erased. Until it is, however, discrimination based on sexual orientation will not support a claim under Title VII; Plaintiff’s Title VII discrimination claim must therefore be dismissed.”

In the latest decision, the appeals court declined the invitation.

Some background may be useful.

I noted in a post on August 8, 2016 that “Lately there’s been a whole lotta hand wringing and finger pointing in the federal courts over the issue of  sexual orientation and Title VII.   A federal appeals court in Chicago had just ruled that it is still legal under federal law to fire employees based upon their sexual orientation.”

Although the three-judge court of appeals panel in Chicago called for a “bold” new look at whether Title VII includes sexual orientation, and purportedly gave the issue a “bold” new look – it ultimately simply stood back wringing its hands and concluded that it was nonetheless forced to uphold the longstanding (unjust) precedent.

The Full Appeals Court Agrees To A Rehearing

But … the Chicago appeals court thereafter re-heard the case with its full bench – en banc – which may signal that it will overrule its own precedent.

As reported by Corporate Counsel the EEOC, and “numerous other amici, from the American Civil Liberties Union, to members of U.S. Congress,” asked the appeals court to rehear the case “en banc” (i.e., to have the full appeals court — all of the judges — rehear the case in which only the typical three-judge panel ruled).

They agreed to this rare rehearing, and the full appeals court in Chicago decided to sit and re-hear oral argument on the appeal.  And by all accounts the oral argument went pretty well for the EEOC’s position.

As a reporter for Slate wrote, this case “marks LGBTQ advocates’ first opportunity to press the EEOC’s latest position in a federal circuit court. It’s a landmark case any way you slice it, but the molten tension in the courtroom on Wednesday is heightened by the looming possibility of Supreme Court review.”

Slate provided a fairly good re-cap of the oral argument and the fascinating exchanges between Court and counsel.  The Slate reporter interviewed EEOC Commissioner Chai Feldblum, who was apparently ecstatic after the argument: “Different judges discussed different theories, but they all led to one conclusion: Sexual orientation discrimination always involves gender. It is sex discrimination.”

On The Other Hand … The Oral Argument In New York

As noted above, the same argument was made before a three-judge panel in New York – an appeal from the decision of the federal trial judge in NYC who reluctantly concluded that court precedent (Simonton v. Runyon , 232 F3d 33) required her to rule that Title VII does not include sexual orientation.

Like the trial judge, however, the appeals court panel also seemed “hamstrung” by its own precedent in Simonton (according to an article in the New York Law Journal), and wondered at oral argument if the full NYC appeals court was required to overrule it.

In response, the EEOC argued that its own views had changed a few years ago, and that “We recognize that the legal landscape has changed and the understanding of sex and sexual orientation has evolved over time.”

Well, the Court indeed decided that it was “hamstrung” by its own precedent in Simonton, and said that it could not overrule it – that only the en banc Court could do that – or the Supreme Court or Congress.

I noted previously that “To lawyers this requirement to follow existing precedent is known as ‘stare decisis.’  The result may be cruel and unjust, but the law is the law.”

Ah yes – must pay obeisance to “Lord Stare Decisis” at the expense of justice.

However, in a stunning concurring decision, two of the three Judges on the panel bemoaned the fact that they were controlled by this precedent, seemingly adopting the EEOC’s rationale that “the legal landscape has changed and the understanding of sex and sexual orientation has evolved over time.”

While this apologia did not change the decision, I guess it made them feel better anyway.

Takeaway:  I commented last year:  “The ‘legal landscape,’ as well as the societal landscape, has indeed changed – but so has the electoral landscape.  In any event, we may see a ‘new day’ in the Chicago court’s anticipated ruling … but the ‘old days’ in New York.”

A year later it looks like I was right.