The date of the lawsuit: International Women’s Day.

It should. Back in 2016, I wrote here and here about the U.S. Women’s Soccer team. The team, led by Hope Solo at the time (and now led by Megan Rapinhoe), filed a wage discrimination claim with the Equal Employment Opportunity Commission (EEOC), the federal agency that enforces the federal anti-discrimination laws, alleging violations of the Equal Pay Act of 1963 (EPA).

U.S. Soccer denied the claims, stating that any disparity with the men’s team resulted from the differing nature of their compensation from club teams or an international World Cup bonus structure set by the world soccer governing body. It further claimed that any unequal pay differential stemmed from reasons other than gender.

But, wait, what happens to that claim?

According to WaPo, in filing the present lawsuit, the team effectively relinquishes the formal wage-discrimination complaint that five players filed with the EEOC in 2016 (which had produced some token concessions from U.S. Soccer).

What’s the Law on Such Claims?

To make out a prima facie case under the EPA, the women’s team will have the burden to show that the skill, effort, and responsibility required in their job performance are equal to those of a higher-paid male employee. The work does not need to be identical, just substantially similar, which is, as so many things are in the law, determined on a case by case basis.

To effectively rebut an EPA claim, an employer—yes, like U.S. Soccer— must prove affirmatively that a pay differential between similarly situated male and female employees is defensible due to (1) a seniority system; (2) a merit system; (3) a pay system based on quantity or quality of output; or (4) a disparity based on any other factor other than sex.

In 2016, U.S. Soccer defended based on #4, i.e., that the pay difference was based on factors other than sex. Its defense to this suit remains to be seen.

Bold Move Made By One Sponsor

On the other hand, at least one sponsor has responded to the women’s team’s lawsuit. Also on Friday, retailer Adidas stated that it would ensure that Adidas-sponsored players in the Women’s World Cup receive the same performance bonus payments as male players. Its rep stated:

Today we are announcing that all Adidas athletes on the winning 2019 FIFA Women’s World Cup team will receive the same performance bonus payout as their male peers…We believe in inspiring and enabling the next generation of female athletes, creators and leaders through breaking barriers… .

There is power to putting your money where your mouth is. Like we say at our firm, if you’re gonna talk the talk, you gotta walk the walk. It seems that Adidas is doing just that. 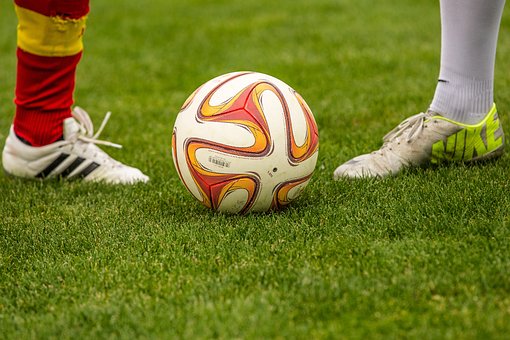 What does Capt. Rapinhoe have to say about the lawsuit? “First and foremost, nobody understands better than us the power of winning — the power that we can be as changemakers. The team has always been very willing to use its voice to speak to all women everywhere — to say: ‘We are with you. We’re behind you. We support you, and we’re right there in lockstep.’ ”

Pay disparity for substantially similar jobs breeds legal action. We’ve seen it in professional tennis, and we’ve seen it in soccer. I don’t know what U.S. Soccer’s defenses will be to this lawsuit, but it is certainly tough to understand paying these elite athletes less than their male counterparts, especially as statistically, they are more profitable because they win.