Allegations of Sex Discrimination and Unequal Pay—It's A Small World After All?

Apr 4, 2019/Amy Epstein Gluck/Comments Off on Allegations of Sex Discrimination and Unequal Pay—It's A Small World After All?

This refrain ran through my head as I read about a new lawsuit filed earlier this week against the Walt Disney Company (“Disney”) in Los Angeles County Superior Court claiming that Disney discriminates against female workers by paying them less than their male counterparts. (Rasmussen v. The Walt Disney Company, et al., Case No. 19STCV10974)

Yes, this claim was filed on Equal Pay Day. Coincidence? Probably not.

The plaintiffs, two women who have worked at Disney for years, seek more than money. According to the complaint, the plaintiffs are seeking for the court to compel Disney to create internal programs to remediate past policies, including adjusting salaries and benefits for other women and creating a task force that compiles reports on progress. Their lawyers asked for the case to be certified as a class action.

I didn’t find a copy of the complaint online, but if anyone does, please message me!

What IS Equal Pay Under the Law?

The Equal Pay Act of 1963 (“EPA”) prohibits sex-based wage differentials for work requiring equal skill, effort, and responsibility performed under the same or similar working conditions. Title VII of the Civil Rights Act of 1964 does too.

To make out a prima facie case under the EPA, an employee must show that the skill, effort, and responsibility required in her job responsibilities are equal to those of a higher-paid male employee. The work does not need to be identical, just substantially similar, which is, as so many things are in the law, determined on a case by case basis.

Note that California has an even broader law—the California Fair Pay Act. It contains the same proscriptions as the EPA but broadens that prohibition by restricting employers from paying employees less than members of the opposite sex for “substantially similar work,” even if their titles are different or they work at different sites. 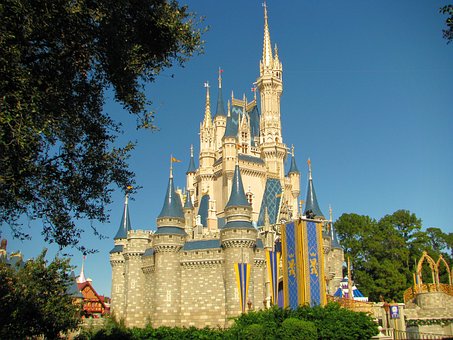 Facts In the Disney Complaint

In the Disney complaint, one of the plaintiffs works as a product development manager. According to the complaint, this employee previously complained that six other men held the same title as this plaintiff but Disney paid the men $16K-40K more.

She alleged that being a squeaky wheel paid off and the company increased her pay, but she was still making less than men who were doing similar work.

The other plaintiff works as a senior copyright administrator in Disney’s Music Group and alleges that she was discouraged from applying for a manager position that was later changed to a senior manager role and given to a man. The lawsuit claims that “he is making significantly more than Ms. Moore even though they are both performing the same or substantially similar work.”

Unsurprisingly, publicly, Disney has denied both women’s claims, but we’ll see how if they proceed in litigation or settle the matter out of court.

As my partner Rich Cohen said here—the answer to gender pay inequality requires employers to comply with equal pay laws and not have sex-based wage differentials for work requiring equal skill, effort, and responsibility performed under the same or similar working conditions.

Employers might consider tracking their pay data by gender to determine if any pay differentials between the genders seem unjustified. Call me crazy, but it seems more cost efficient than a class action lawsuit. Just saying.