Who will rule Westeros? Or, in employment-speak, who will become the CEO of Westeros?

So, I love Game of Thrones. I really love it, and the last two years have been kind of brutal waiting for the start of the very last season.

And this got me thinking, if Westeros was, say, an employer, and the investors, the Iron Bank of Braavos, needed to choose a CEO, who would they choose? Who are the choices? What are the risks inherent in whom the Iron Bank chooses to “promote” or “hire,” if you will, one over the other within the landscape of federal anti-discrimination law? 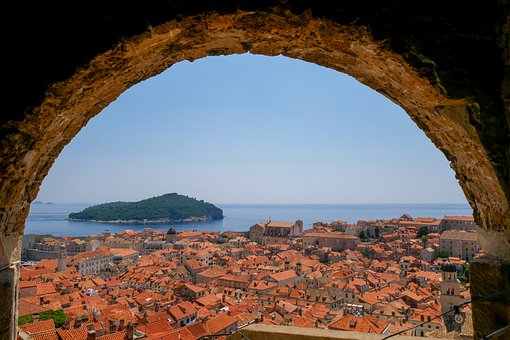 What Is Federal Employment Law?

Title VII of the Civil Rights Act of 1964 (Title VII) proscribes discrimination on the basis of race, color, religion, sex, or national origin, while the Age Discrimination in Employment Act (ADEA) prohibits discrimination against employees or applicants over 40, and the Americans with Disabilities Act (ADA) forbids discrimination when it comes to any aspect of employment, including promotions, hiring, firing, job assignments, and any other term or condition of employment.

A failure to hire or promote may be the basis of a valid discrimination claim if a person can show that the adverse employment action was because of a protected characteristic.

Let us consider how one would advise the Iron Bank as to the best candidate and the one least likely to get it into trouble with the Equal Employment Opportunities Commission (EEOC), the federal agency that enforces the anti-discrimination laws. Pursuant to Title VII, the ADEA, and the ADA.

The Potential Candidates for CEO of Westeros

From a risk mitigation perspective, I provide these thoughts:

Let’s start with Bran Stark—he can no longer walk except for when time-traveling as the Three-Eyed Raven. Then, of course, all bets are off. I include him because theorists consider him a contender for CEO.

First, if the Iron Bank does not even consider Bran’s application, I’d say they have a problem. Under the ADA, a disability is a condition that impairs a major life function such as walking, breathing, taking care of oneself or working. The ADA prohibits discrimination against someone with a disability who can perform a job’s “essential functions,” and provides that an employer must make “reasonable accommodations” to the known physical or mental limitations of an otherwise qualified individual with a disability.

So, the Iron Bank should not reject Bran because he has a disability or because the disability may prevent him from performing minor duties that are not essential to the job. I told you all about the ADA and job applicants here.

However, and second, Bran is not at all qualified. Not even a little. Can the Iron Bank refuse to hire him as CEO on this basis? Or hire someone who is not disabled and better qualified? Yes, the Iron Bank can, and his extremely light CV in the managerial/leadership area will back them up.

Now let’s turn to Tyrion Lannister, @GoT_Tyrion. I have to confess—Tyrion is my favorite. He’s funny, he’s clever, he’s strategic, he’s empathetic, and he has a moral compass sadly lacking in all of the others except for Jon Stark. On the face of the show, Tyrion is not trying to be CEO of Westeros.

Rather, he plays the COO, the “hand,” if you will, of Daenerys Targaryen. But, some wonder if he’s playing a long game and may try to usurp the throne, I mean CEO office.

Tyrion also has a congenital medical condition, dwarfism, which results in those afflicted with it possessing significantly shorter than average height, which his sister, Cersei, harasses him about mercilessly. Tyrion would make a damn fine CEO, but would the people, i.e, other Westeros employees accept a dwarf as CEO?

What are the risks here? 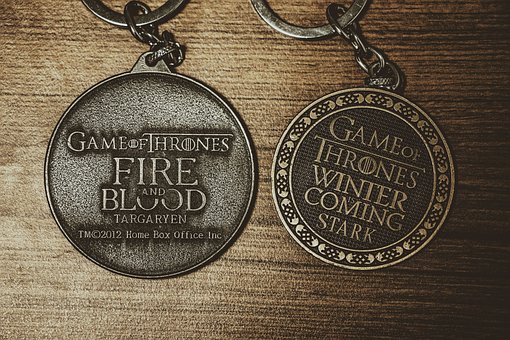 The Iron Bank should know that the ADA prohibits employers from taking adverse actions based on unfounded stereotypes and assumptions about individuals who they perceive as having a disability. After all, Tyrion’s height doesn’t affect his ability to govern. Similar to this case, where an employer regarded an employee as disabled based on its unfounded beliefs about the employee contracting Ebola on a trip, the ADA protects against discrimination against based on unsubstantiated fears, myths, and unfounded stereotypes about actual or perceived disabilities.

(On the other hand, Tyrion’s occasional off-color remarks that may not be welcome in the workplace.)

Then, there is Cersei Lannister, the current CEO of Westeros (#cerseilannister). She’s mega smart, capable, and qualified. I believe she is an older – over 40 – worker, and she is pregnant (unless that’s a ruse—don’t put it past her). Whoa, a lot of protected classes here—gender and age AND pregnancy.

Though Cersei is certainly qualified – more so than Bran or Jon Snow —she is…evil incarnate.

She abuses Tyrion, orders the deaths of infants and children, blew up half of King’s Landing, intentionally knowing that her son’s wife would die in the explosion, poisoned her husband, and starts wars. If the Iron Bank (wisely) considers that perhaps Cersei may not make good CEO material, they’d be right. Her hostile, abusive, lethal managerial style is a good reason not to hire her as CEO, but the Iron Bank must document the bases for these decisions carefully. As we’ve said time and again, documentation is key!

Why? To show that not continuing her in the CEO role is because of factors other than her pregnancy or her age.

We also have Daenerys Targaryen (@Queen_Daenerys_) aka Daenerys Stormborn, aka Khaleesi, the First of Her Name, Queen of the Andals and the First Men, Protector of the Seven Kingdoms, the Mother of Dragons, the Khaleesi of the Great Grass Sea, the Unburnt, the Breaker of Chains. This young woman who wants to be the CEO of Westeros has dragons to help her get there and a crazy, evil dad, Aerys Targaryen, aka, the Mad King, who was the former CEO of Westeros before Cersei’s husband took over.

Daenerys has freed slaves, gathered armies, and united the Dothraki, her former husband’s tribe—she has shown leadership traits galore! Her managerial style has gained her quite a loyal following. She is unquestionably qualified.

She’s a good candidate for Westeros, and if the Iron Bank turns her down, I’d imagine she wouldn’t hesitate to file a Charge of Discrimination with the EEOC for sex discrimination especially if Jon Snow is hired as CEO in her stead.

And now, finally, there is Jon Snow, @LordSnow. We discovered in the last episode of the last season that Jon is the rightful heir to the CEO seat as Rhaegar Targaryen’s lawful son. Also, he’s a young white dude with no real executive or managerial experience—but a darn good swordsman! Yes, he has been dubbed CEO “of the North,” but his inability to play politics and think strategically are definite drawbacks.

If Jon is chosen, I’d advise the Iron Bank that it may be looking at Charges of Discrimination filed by Dani on the basis of sex, Cersei for age and pregnancy discrimination, and Tyrion for disability discrimination.

What about Bran? That dude doesn’t even want to be CEO, so I’d worry less about him.

Employer Takeaway for the Iron Bank

Choose wisely, and document your legitimate, non-discriminatory bases for the decision.

After all, winter is HERE.