With this post, I join the multitude of bloggers writing about the historical announcement yesterday that the Supreme Court of the United States (SCOTUS) will hear and decide a series of cases this fall to determine whether the federal law prohibiting discrimination on the basis of “sex,” Title VII of the Civil Rights Act of 1964 (Title VII), includes sexual orientation and gender identity and expression.

This is big news. Huge.

Let’s check out some history.

It should. Currently, 21 states and the District of Columbia prohibit employment  discrimination based on sexual orientation and gender identity. 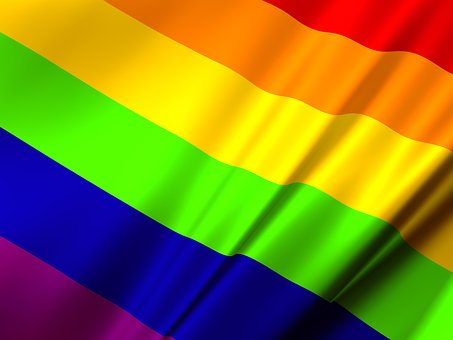 So what’s all the fuss about?

Why did employment nerds on Twitter have a field day yesterday? Eric Meyer had the same question in his pithy post, Why was there an employment law trending on Twitter yesterday? Oh, I think I know.

Well, while a same-sex couple can legally marry, incongruously, the law does not expressly prohibit employers from terminating an employee due to that person’s sexual orientation or gender identity.

Yet, when making an employment decision, the general rule of thumb is to treat employees without regard to their race, sex, religion, age, or any other protected class.

So, you can see where the disagreement lies, and, finally, SCOTUS is poised to rule.

The EEOC’s Position on Gender Identity As “Sex” Discrimination

As I told you here, the Equal Employment Opportunity Commission (EEOC), the federal agency that enforces Title VII and other anti-discrimination laws,  interprets “sex” to include discrimination against lesbian, gay, bisexual, and transgender rights because it is discrimination based on or because of “sex.” Additionally, the EEOC accepts complaints of sexual orientation and gender identity discrimination in employment based on sex discrimination in violation of Title VII.

In fact, the EEOC includes LGBT rights in its 2017-2020 Strategic Enforcement Plan. (Click here if you don’t know what the heck a strategic enforcement plan is.)

What Say the DOJ?

Now, as we know (because Eric Meyer has told us here), the Department of Justice has taken the position that Title VII does not cover discrimination against an individual because of the individual’s gender identity.

Title VII does not provide workplace protection specifically on the basis of sexual orientation or gender identity as separate categories because those terms are not in the federal law.

How Have Courts Ruled? Which Cases Will SCOTUS Consider?

The NYT reported here, and Rich and I have written about, here, here, and here, federal appeals courts are divided about whether Title VII prohibits sexual orientation and gender identity discrimination since these are not explicitly protected classes in the text Title VII. Two appellate courts, in New York and Chicago, recently issued decisions ruling that discrimination against gay men and lesbians is a form of sex discrimination.

The Supreme Court agreed to hear the case from New York, Altitude Express Inc. v. Zarda, No. 17-1623, along with one from Georgia that came to the opposite conclusion, Bostock v. Clayton County, Ga., No. 17-1618.

The third case concerns the separate question of whether Title VII bars discrimination against transgender employees, R.G. & G.R. Harris Funeral Homes v. Equal Employment Opportunity Commission, No. 18-107, and involved an employee who was fired from a funeral home after she announced that she was a transgender woman and would start working in women’s clothing.

Thus, as Eric noted here, we have:

Let’s break these rulings down—

In Zarda, the U.S. Court of Appeals for the Second Circuit concluded that “sexual orientation discrimination is motivated, at least in part, by sex and is thus a subset of sex discrimination” in its determination that an employee was fired just because of her failure to conform to sex stereotypes, in violation of Title VII. That court stated:

…It is analytically impossible to fire an employee based on that employee’s status as transgender … without being motivated, at least in part, by the employee’s sex.

By contrast, the Bostock case in Georgia was brought by a child welfare services coordinator who said he was fired for being gay. The 11th Circuit, in Atlanta, ruled against that plaintiff in a short, unsigned opinion that cited a 1979 decision that had ruled that “discharge for homosexuality is not prohibited by Title VII.”

Then, turning to gender identity and expression, in R.G. & G.R. Harris Funeral Homes, the U.S. Court of Appeals for the Sixth Circuit, ruled for the transgender plaintiff, holding here that Title VII barred discrimination against transgender workers. The court explained:

It is analytically impossible to fire an employee based on that employee’s status as a transgender person without being motivated, at least in part, by the employee’s sex.

It concluded its opinion stating: “[D]iscrimination against employees, either because of their failure to conform to sex stereotypes or their transgender and transitioning status, is illegal under Title VII.”

Wait, What Is This Sex Stereotyping ? “Title VII Lifts Women Out of This Bind.”

One thing everyone seems to be able to agree on, and SCOTUS has ruled on it, is that sex stereotyping is a form of sex discrimination and violates Title VII.

Discrimination on the basis of gender stereotypes, i.e., how a person should look, dress, and act, is illegal.

I wrote about this very issue last week here when I told you about the company that refused to hire a candidate after learning that he was a transgender man. He filed suit alleging that the company illegally discriminated against him because of his sex and for not conforming to gender stereotypes in violation of Title VII. (EEOC v. A&E Tire, Inc., Civil Action No. 17-cv-02362-RBJ).

None of the terms “sexual orientation,” “transgender,” “gender identity,” and/or “gender expression” is included in Title VII’s prohibition.

Neither is the term “sexual harassment.”

Will SCOTUS take a literalist POV and conclude that because these terms are not written in the statute itself, discrimination based upon transgender status or sexual orientation is not prohibited? But again, if it does, how will SCOTUS distinguish the lack of the term “sexual harassment” in Title VII?

Will SCOTUS punt the matter and call upon Congress to amend Title VII’s existing protections to specifically include sexual orientation and gender identity?

Perhaps SCOTUS will reference that the Equal Protection Clauses of the U.S. Constitution and most state constitutions state that all people are equal, and the LGBT community deserves the full force of the same legal federal protections and/or rely on its sex stereotyping analysis.

However SCOTUS rules, employers want to keep these takeaways in mind:

Rest assured that the EEOC will continue investigating employees’ claims of sex discrimination, based on its interpretation of what that term means. Thus, employers want to continue their best practices and comply with their own state laws.

In the meantime, we wait.