How To Prevent Sexual Harassment In Your Restaurants, Bars, and Stores

Sep 5, 2019/Amy Epstein Gluck/Comments Off on How To Prevent Sexual Harassment In Your Restaurants, Bars, and Stores

As we continue to counsel clients large and small about how to prevent sexual harassment in this #MeToo era, I recently read about this project, “Not on the Menu,” the brain child of one restaurant owner and her staff during a problem-solving meeting after a customer put his hand up one employee’s shirt when she bussed his table.

The focus is to protect service professionals from inappropriate customer interactions by creating a system that attends to unsettling demeanors before they are able to escalate into acts of harassment.

The exciting part? This system has actually reduced the number of sexual harassment allegations and incidents since its implementation.

Not On The Menu—What Is It?

It is a simple color-coded system for workplaces where sexual harassment stems significantly from customers and other third parties like delivery persons to an establishment. Think: bars, clubs, retail stores, pubs, etc.

Here’s how it works:

A code yellow defines distasteful or objectionable vibes or looks from a customer. A server feels uncomfortable and tells a manager that they have a yellow.  A “yellow” results in a request for additional supervision on the table or a table transfer.

A code orange is called when shady comments or gestures come into play like when seems like an ordinary comment has an inappropriate undertone that warrants an orange.

For example, “I like your shirt” can be creepy or not. It depends on the vibe, the tone, and where the customer is looking what (s)he says this to the server. I often discuss this very example in training—this seemingly innocuous comment could have sexual connotations depending on how it is said and the speaker’s conduct (e.g., staring at a female server’s chest area while saying this rather than looking at her face).

A code orange may encompass what may be considered a more “gray” area where the person may be unaware that their conduct or comments are problematic. I mean, that happens. We see it in employee interactions, too, where, for instance, a manager’s compliment about an employee’s appearance – something as seemingly innocuous as “You have a nice smile” made many female employees uncomfortable.

A male manager in power commenting on appearance may feel inappropriate; instead, managers should compliment employees on their work not their appearance.

(I know a lot of you will balk at that, but again, it depends on the tone, body language, etc.) 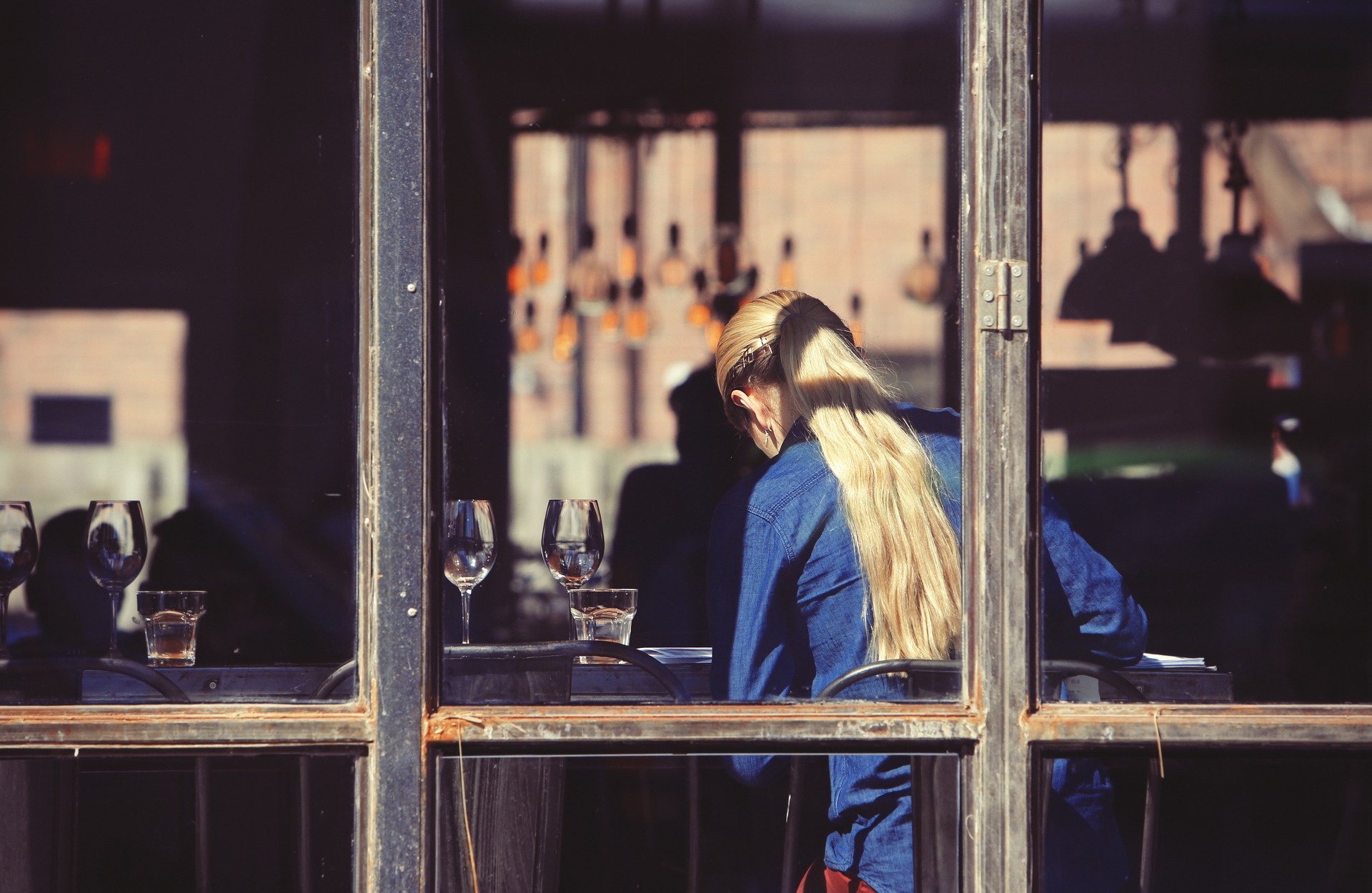 For both yellow and orange, the server does not need to report anything other than the color. The server has total discretion and does not have to justify her or his choice of color code, which provides employees with some relief from nerves about reporting.

Finally, under a code red, an aggressor either repeatedly engages in orange behavior or has escalated to overtly sexual comments or touching the server. This is NOT OK, and a manager asks the customer to leave.

The project even provides a script for managers to use! Great idea as this can be an uncomfortable situation. You can read the Forbes article about the Not On The Menu system here.

What do you think of this system? Email me about it, I’d love to hear from you.

Why Is This Important? Harassment By A Third Party Violates The Law!

Well, if a customer or client sexually harasses or harasses an employee based on their age, race, religion, national origin, or a disability, such conduct, if severe or pervasive, may constitute unlawful discrimination under the Title VII of the Civil Rights Act of 1964.

One incident is unlikely to rise to the level of harassment, but if this act becomes repeated or pervasive to the point that the workplace becomes harassing, than the employer must take steps to ameliorate the situation, such as having someone else serve this customer or even barring this customer.

We know that one of the main tenets in the service business is—the customer is always right. Right?

By tolerating offensive conduct, ignoring conduct that makes a server (or other type of employee in your bar, restaurant, store, etc.), or continuing to offer normal service in response, the behavior is encouraged to continue, and employees are discouraged from standing up for themselves as they feel that their tip depends on their hospitality.

Employers and HR, here are some steps employers can take to prevent third-party harassment in addition to this system (if you decide to use it):

First, encourage your employees to report inappropriate behavior from any source, including from customers, the keg or food delivery person, or clients. In fact, include such a provision in your anti-discrimination, -harassment, and -retaliation policy, which I know you have. Right? Note that in many states, third-party harassment is specifically prohibited.

Second, train your managers and employees to recognize and then deal with misconduct or potential harassment (not always so easy to discern).

Third, once you know about potential harassment or discrimination by a third party, investigate it and take corrective measures, up to and including banning the customer from the premises.

You CAN afford to lose a customer—a lawsuit is far more expensive.